Does the new title of the series have anything to give us?

And here we are again… After almost a year, we're back with a brand new Pokémon title. After the release of Pokémon Legends: Arceus, which I thoroughly enjoyed, Game Freak is back in full swing with Generation 9 and Pokémon Scarlet and Pokémon Violet.

The truth is, as soon as I downloaded Pokémon Scarlet on my Nintendo Switch, I once again felt that nostalgia coursing through my body, and it happens every time I start a game in the franchise. I've loved Pokémon so much since I was a little kid that every time feels like the first time I put that "yellow" cartridge into my Game Boy. The beginning is as you might imagine, since after an introductory video that put me a bit in the mood of the world, Game Freak gave me the ability to create my own character through a rich menu. I built it and classically woke up in my little room, with a Nintendo Switch OLED glued to my TV. Shortly after, I had to go to school, where from there I would have to choose the department I wanted. This is the beginning of new Pokémon. 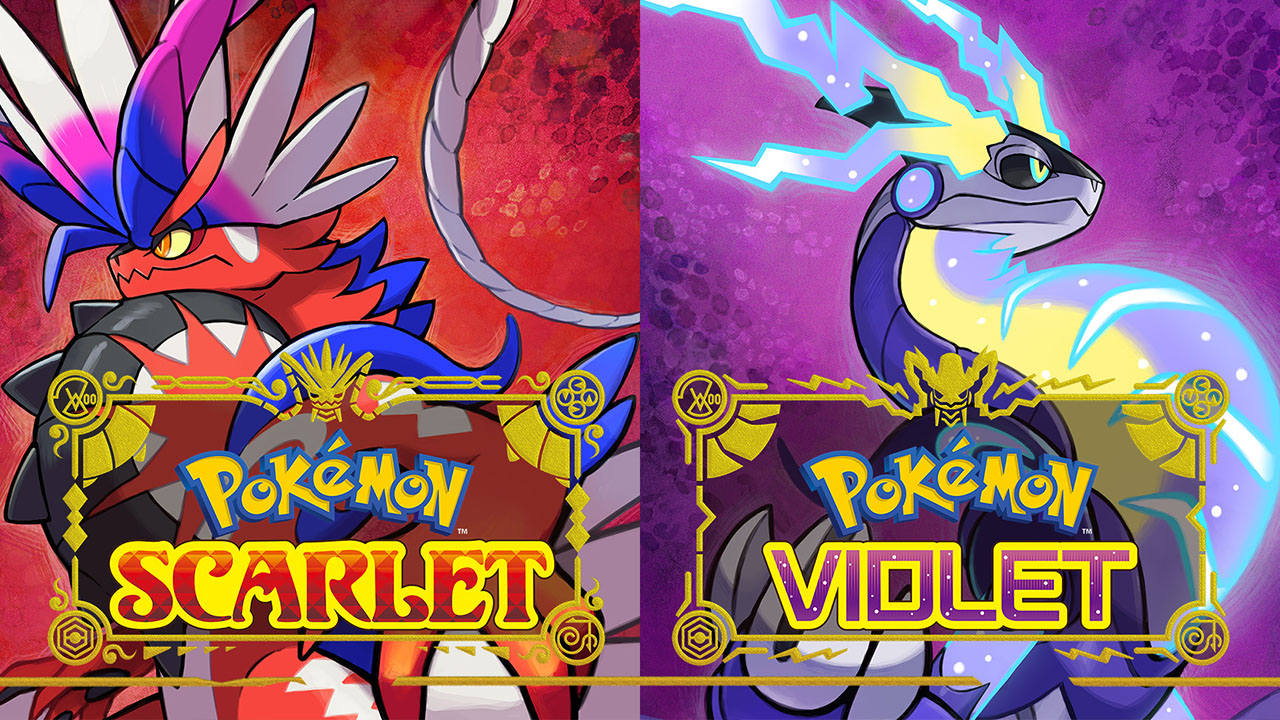 The new three starters are Sprigatito, Fuecoco and Quaxly. Without any thought, as I always do, I chose the fire type Pokémon, namely the small and sweet crocodile, Fuecoco. I can easily say that the new starters are far superior to what Pokémon Sword and Pokémon Shield had. So once I picked the creature I wanted, everything else came by itself. My mother classically gave me her wish, and I, as always, had one goal: to become the best Pokémon trainer.

Game Freak chose this time to give the player real control over what to do and when to do it. This is the first major game in the series to focus so much on the open world, which is gorgeous, big and sure to keep you busy for hours filling up your Pokedex. The central missions of the title are three, where in one (and more central), the goal is to duel with the Gym Leaders, who are scattered around the map. What I really liked is that he gave me the freedom to go to any gym I wanted from the beginning, without limiting me. 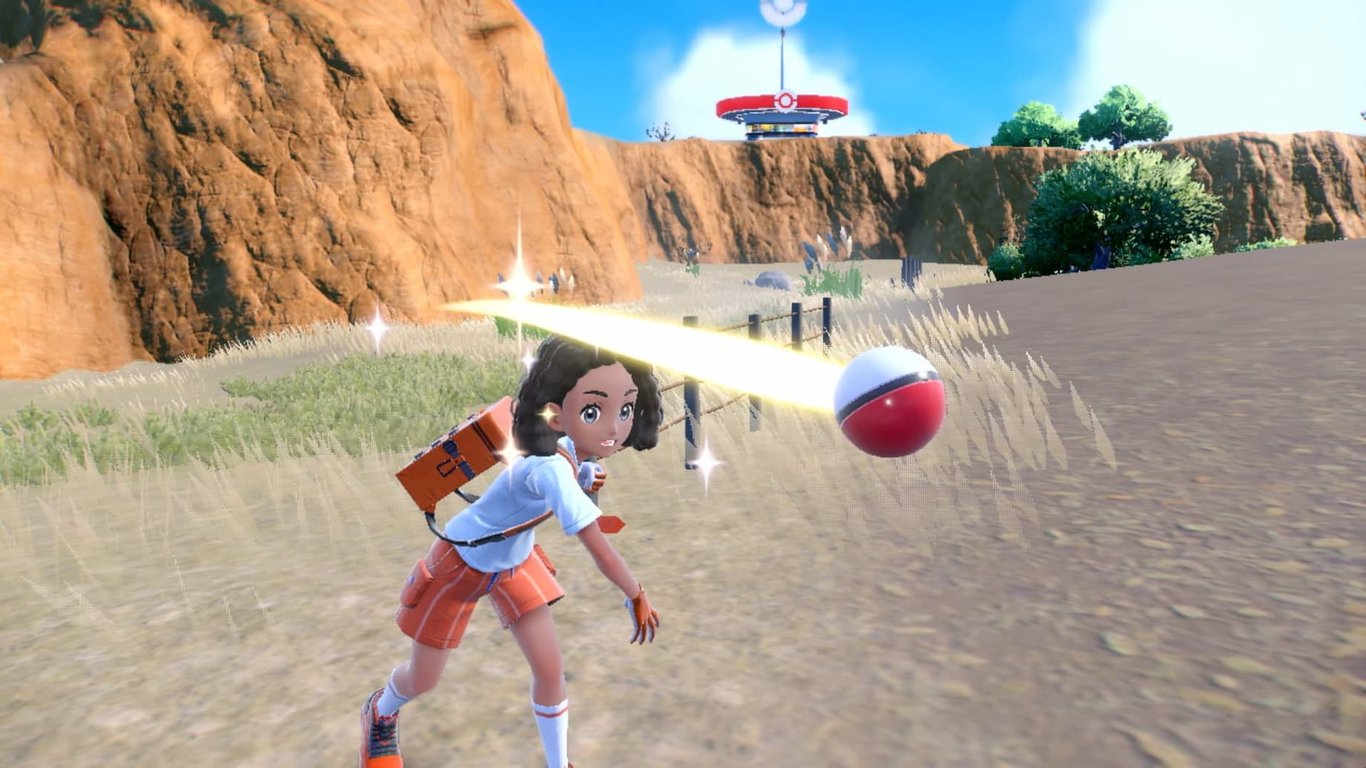 During the first few hours, the game also introduced me to the legendary Pokémon, Koraidon (Miraidon for Violet). His story is very cleverly covered under a mystery and kept me on edge waiting to see how it would develop. In addition, in the first few hours I also killed a special boss, Klawf, who you will surely remember from the trailers released by Nintendo. It is a powerful Pokémon with special moves and a unique battle. But I don't want to say anything else about it, so that it won't be considered a spoiler. Let me say at this point that the main Pokémon of the "cassette", Koraidon, helped me throughout this journey as a mount, so that I could explore the map more quickly and comfortably.

Of course, this journey is long in duration. The good thing is that Game Freak said to introduce several new ideas in terms of gameplay and the things that the player will deal with during this adventure. In this game, the development team introduced two new ways to do a battle. The first is that I could send a Pokemon, with the press of a button (R) to quickly fight another, without entering into a classic battle. Simply put, this helps farm and level up a Pokemon you want faster. Of course, there are also the classic addictive battles, as in the previous games of the series, but the new additions are only welcome. 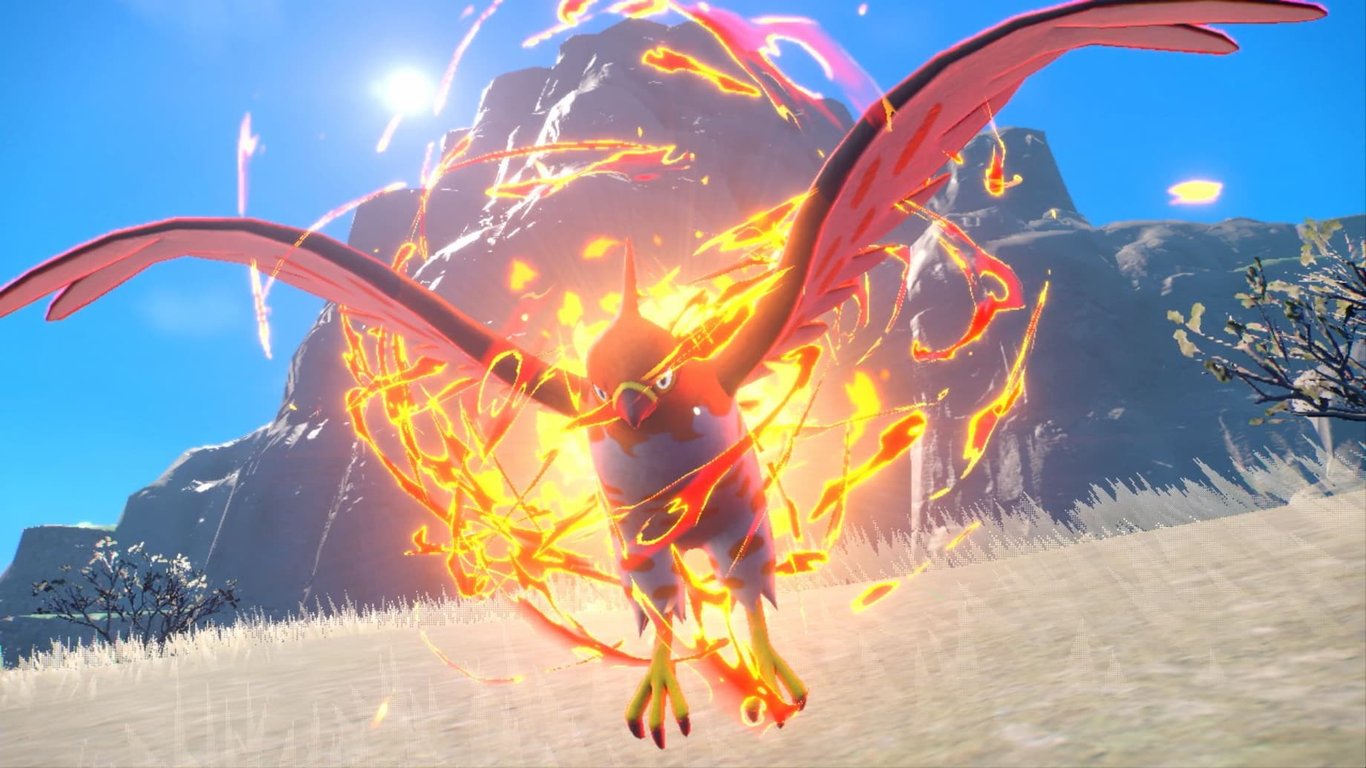 The main goal (besides catching all the Pokémon), is of course the conquest of emblems and finally winning the big tournament. From the beginning, after all, my character has been saying that he wants to become a Pokémon Champion. Within the map there is also an opposing team, like the rocket team one thing, called "Stars", which has its own purpose and reason for existence, which I'll leave you to spot on your own, when you finally catch it in the your hands.

The combat system is enriched with new features that make it highly entertaining and enjoyable. With new and old - favorite - attacks, with brand new effects and other additions, it will keep you busy for hours and won't let you off the Switch screen. Overall it is more "robust" and more worked than ever. At this point I should say that through the Pokemon Center there is also a computer, where from there I could craft attacks (TM's) with various items. This mechanism is excellent and puts you in the hole to engage and strengthen your Pokémon. A big thumbs up to Game Freak for coming up with a lot of new ideas that I found highly enjoyable. 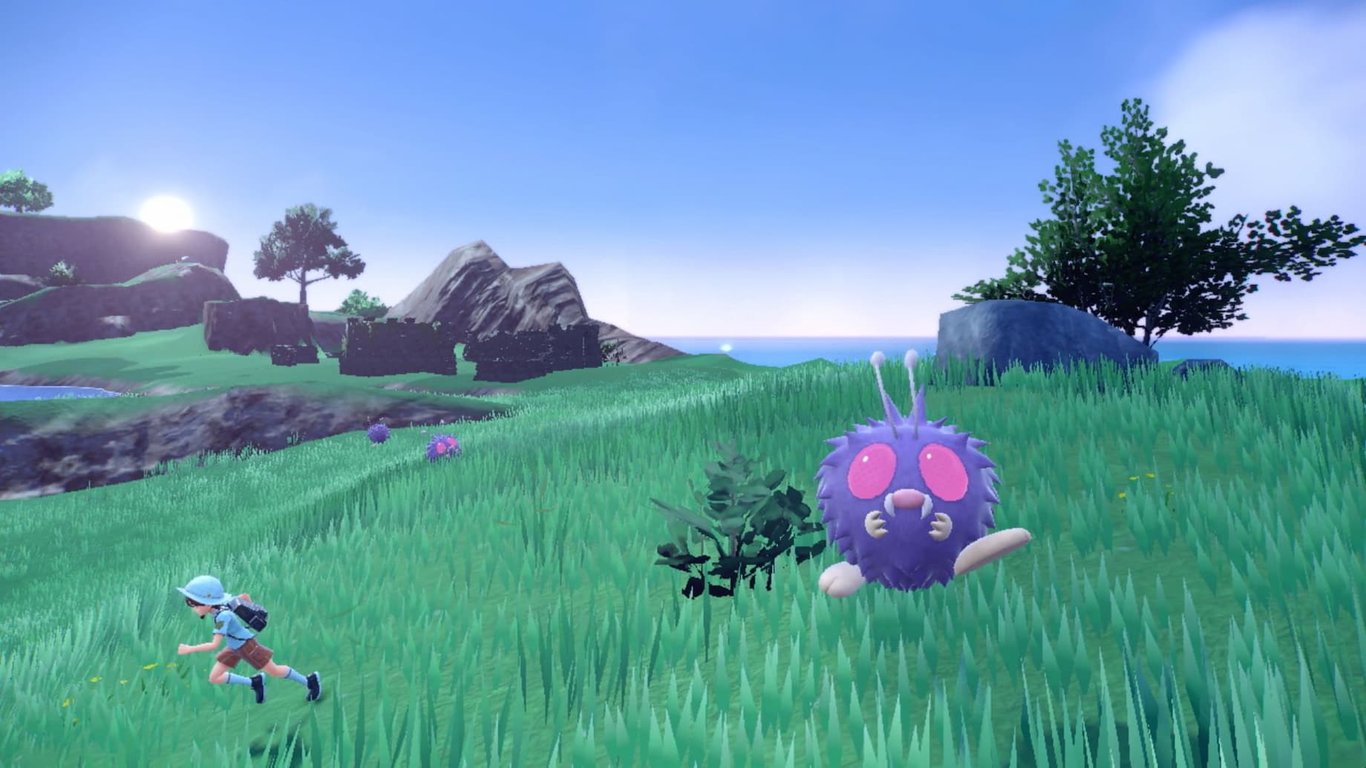 Let me say at this point, that in the new games there are no Mega Evolutions or Dynamaxes that we saw in Sword/Shield. And the reason is that Game Freak did something different in this title, which I found superior. The new "gimmick" ability, then, is called Terastallize, and it allows each Pokémon to change its appearance (becoming somewhat crystalline), and make it stronger in battles. Of course, his stats also get stronger. In fact, this lasts for the entire battle (until that Pokémon dies) and can only be activated on one creature at a time (in-battle). To be replenished, it must then be healed at a Pokemon center, where the cooldown is renewed from there.

The new games have the best and highest quality graphics I've seen in the series, with incredible colors, awesome "cartoon" detail on the characters, with enchanting landscapes from snow to vast valleys. Really, the world is so open that I take my hat off to them for being able to deliver such remarkable graphics, on a let's say "weak" console by today's standards. However, there are some technical issues that took me out of the mood and they make their appearance from the very first hours of the game. Initially, I struggled with the camera in battles when I had a large Pokémon and the battle took place in a slightly more "weird" spot. I couldn't turn it easily, so I couldn't see very well what was happening. The camera also did some "games" when I went in to visit some houses. 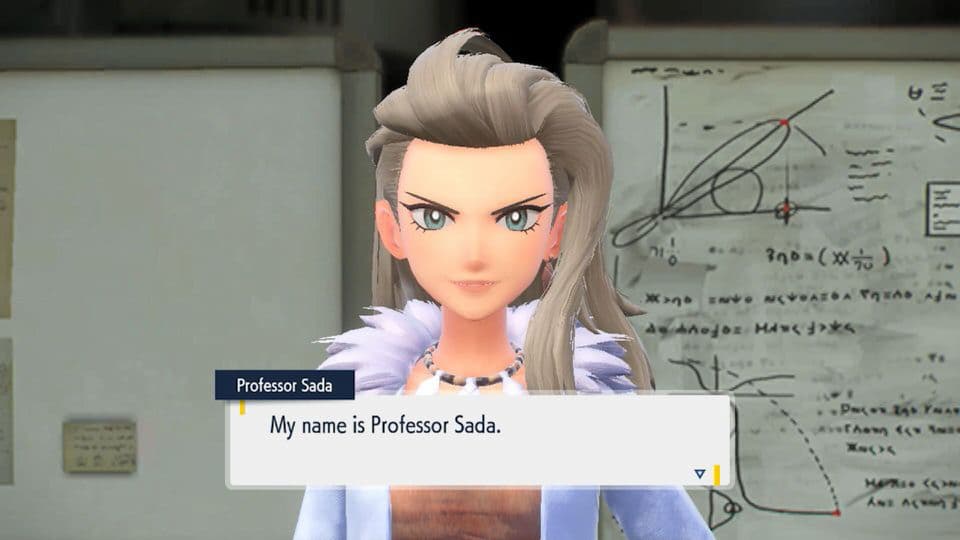 Also, the game suffers from problems with pop up textures and more. Yes, its graphics might still be better than Sword/Shield and Arceus, but especially when I was out in the world exploring, a lot of Pokémon would appear in front of me out of "nowhere", and the same thing happened with other textures. I was pretty spoiled by this, because it's never been this intense in any Pokémon game. Maybe it's also the fault of the switch's horsepower, maybe it's a matter of optimization. During my journey I also encountered several framedrops that spoiled the experience a bit, especially when I was running up and down with Koraidon. Better work could have been done on the environments as well, which in some parts of the map were empty and felt like they lacked life.

A lot of issues were noticeably improved with the latest patch that Nintendo released, but I can't help but mention them. However, the pop up and framedrops are still there, less often though. I hope the next patches will fix the situation more. As for their sound now, Scarlet/Violet dress up amazingly with nice melodies that kept me company without getting bored of them at all. I dare say it's the best Pokemon music I've heard in years. It should be mentioned somewhere here that the game also has multiplayer, but I didn't have the opportunity to try it. In this multiplayer, you will be able to trade or battle with other trainers, online, but also travel together in this huge world. 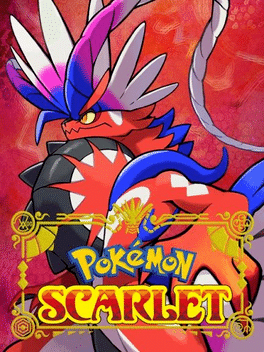 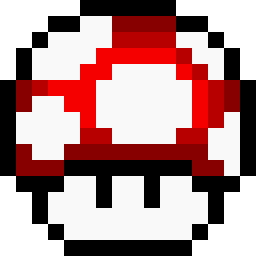 PS5 Not Connecting to Internet? 13 Ways to Fix

How to Update Your PS5 Controller

How to Make a Stonecutter in Minecraft

How to Create Infinite Lava in Minecraft

How to Make a Campfire in Minecraft